Patagonia, Chile.
Torres del Paine National Park.
Adventure activities and landscapes
A privileged environment that one of the first visitors defined as "one of the most spectacular landscapes that the human imagination can conceive". Every year, this place opens its doors to thousands of tourists looking for experiences in the midst of nature and with all kinds of amenities: signposted trails, hiking and adventure activities, as well as alternatives for accommodation and restoration.
The "O" Paine Circuit trek (9 days).
Torres del Paine’s ultimate adventurer’s challenge - Do you have what it takes?
Experience one of the most beautiful and intense treks on Earth: the Paine Trek! Circle the immense Paine Massif for nine days of epic views and endurance, all led by our expert guides who help escort you on this unbelievable adventure through the heart of this vast and untamed wilderness.
Grey Glacier boat trip.
Grey Glacier Kayak.
Grey Glacier Hike.
Wildlife
The park only receives a reduced number of visitors per year, allowing you to enjoy absolute tranquility in front of dazzling lakes. Get in absolute contact with nature by observing the more than 100 species that inhabit the different ecosystems of the sector!
TRAVEL PACKAGES
TRAVEL PACKAGES
​A landscape with unparalleled peaks, blue lakes, deserted pampas, rivers full of icebergs,
​and ice fields the size of Hawaii is what awaits you in the Torres del Paine National Park.
HOTELS
Acknowledgments and awards.
UNESCO.

Part of Unesco's Biosphere Reserve system since 1978, Torres del Paine and Bernardo O'Higgins National Parks include over 90% of the Southern Patagonian Icefield; the remainder of it, across the border in Argentina, is included within Los Glaciares National Park (W.H.Site).
The area of the proposed site is 37.073 sq.km. Besides the icefield that follows the main Andes rnage for approximately 350 km in a north south direction, the site includes outlying ranges such as tha Paine Massif, well known as a scenic area and as a challenging mountain climbimg destination. To the west, the site extends to the open waters of the Pacific Ocean through a maze of fiords and islands, that show different examples and stages of glacial action and periglacial ecosystems succession. The area was given National Park status by succesive decrees issued from 1959 thruogh 1975.
National Geographic. 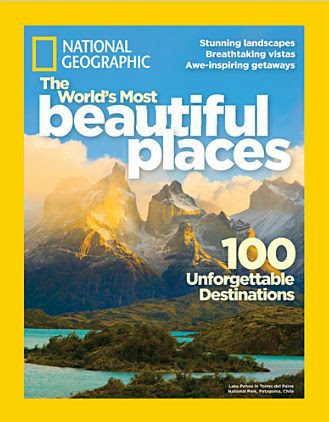 In a special edition of National Geographic,
Torres del Paine was chosen as the fifth most
beautiful place in the world. It was also selected
as the eighth wonder of the world in 2013, after it
received more than five million votes in the
​contest that made the Virtual Tourist site.
Lonely Planet.

Soaring almost vertically above the Patagonian steppe, the granite pillars of Torres del Paine (Towers of Paine) dominate the landscape of South America's finest national park. Part of Unesco's Biosphere Reserve system since 1978, this 1810-sq-km park is, however, much more than its one greatest hit. Its diversity of landscapes range from teal and azure lakes to emerald forests, roaring rivers and that one big, radiant blue glacier. Guanacos roam the vast open steppe, while Andean condors soar alongside looming peaks. 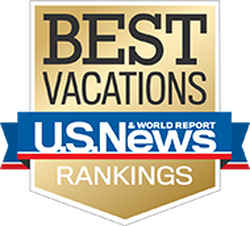 U.S. NEWS Top 20 Best National Parks in the World.
Torres del Paine is ranked # 9 sharing with Yellowstone, Yosemite, Grand Canyon and Hawai'i Volcanoes National Parks among others, thanks to its dramatic geography, the Gray Glacier, the Horns of the Paine and its challenging trails: The "W" and The "O".
Copyright 2021